A happy family, a couple with two children. The two girls are eight and ten years old and are proud owners of a large German Shepherd, Bailey, the favorite of the two children. Father and mother are taxi drivers. With their savings they have acquired a private taxi. The apartment is not yet fully established; there is also a little debt to the Bank but they had made it and were satisfied with their lives.

When the mother, who was not a club member, came to us and asked for help, the father had had a stroke and had become a nursing case. She now had to take care of him all around. Bailey had a bladder disease and she had no money. With the sick husband and two children there was nothing left to pay the vet. We were glad to help: The overdue vaccinations were made and Bailey's disease was treated. We paid the vet. 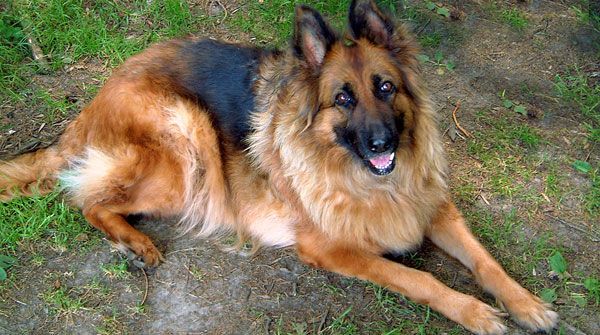 Six months later, the father died. The family lost the taxi license. The few debts were a problem, but we at least cared for Bailey and his food. The children came by and thanked us - it was a nice feeling for us that we could use your donations so well. But when the grandmother called asking us if we knew a good place for Bailey we were really shocked. The mother had died suddenly, the children, aged ten and twelve, had become orphans in a short time.

Sure we would have found a good spot for Bailey and would have done our job as an Animal Protection association well enough. But to also take away the dog from these poor children couldn't be our task. The association's treasury at the time was quite filled by donations, and we donated them 7'000 Euros so not only could the children live with their grandmother but Bailey also found its place there.